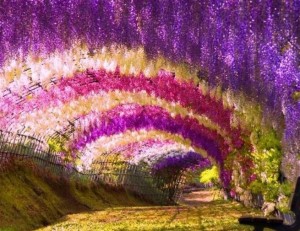 Time perception is one of the themes which philosophers and scientists have put into questioning, and more universally all individuals, possibly because it’s a universal archetype: what is behind the sensation that time flies, or never passes? Is time course different between youth and old age? And what if we are sick or healthy? Moreover, are these phrases true, or a prejudice coming from a lack of knowledge about this phenomenon?

The interesting thing is that we can give different answers to this question. Among commonplaces, or maybe through the convergence of a number of researches, we assume that “The perception of time for young and adult people follows almost opposite tracks, where for elder people time seems to pass faster” [1]. Neurosciences can help us to explain this phenomenon: different awareness of time can be linked to a different capability to memorize events, more developed in young people, thanks to the presence of chemical mediators which are implicated in the processes of cerebral plasticity.

For adults time flows faster than for young people. This phenomenon is defined as “telescope effect”, which is the tendency to position the events inside the memory through a chronological order, so that recent events result more distant in time, and more remote events result nearer. Young people fix far away the object that appears very close to the telescope, while elder people investigate closely also most distant things, getting lost in infinite details. We may call “short term memory” that one of young people, and “long term memory” that one persisting in elder people’s thought, occupying space for new time.

The temporal perception appears influenced by body and brain’s biochemical conditions. In particular, dopamine is one of the main neurotransmitters involved, tending to produce the sensation that time passes faster. The same occurs when we assume substances as cocaine, which increases the effect of dopamine. On the contrary, neuroleptics – drugs used to treat diseases such as schizophrenia – inhibit the effect: the temporal perception is opposite, and time becomes longer. In addition, several cerebral zones are called to account these chemical mediators: in summary, according to this theory, time perception is intrinsic in our neuronal system, and ages gradually, favouring the sense of “tempus fugit”. Other researches in psychology confirm this telescopic effect of perception of time, with a little percentage of elders that escape from the temporal acceleration trap in 10% of cases [2].

Was Chronos, described as the despot devouring his children faster and faster, right? So it seems, according to some confirmation by neurobiology. And so, we would put in the drawer our stream of thought, the “carpe diem”, the eternal and the cosmic time. However, other external incentives can deny this time perception, and bring us back to believe other possible declinations of “time factor”.

It’s a fact that kids get bored at school when lessons seem endless and tedious: how many times did we look at the clock, while now kids look at the phone? On the other hand, with some teachers time flies. The discovery that time flies faster during holidays is almost rhetoric. We can add that “it depends” on the company, on the places, on the activities: there are people for whom holidays never pass, it’s an empty space to be filled with the unknown, and it’s better to seek refuge in an ordinary routine, revealing the necessity to not know the mystery of unpredictable time. Maybe, having too much time to think to ourselves brings shock and fear, and puts us in front of the extraordinary difficulty of “letting ourselves go, letting go”.

Let’s go back to science to find an anchor to believe that oldness is not so unavoidable, chased by a faster and faster time, and that there are several ways of aging: and maybe we will find some possible forms of human intervention. In a study conducted by two universities – a French one, the “Blaise Pascal”, and an English one in Keel – results contradict Chronos’ time, and the fact that the elder we are, faster time flies. Young and elder people were given a questionnaire on time perception: they received eight phone calls a day for five consecutive days [3]: with this methodology, participants were forced to stop for each call, and to talk “here and now” about their emotions, activities, and feelings about time. This research, published in 2015, didn’t show any perceived difference in the speed of time between young and elder people: maybe it was the “experimental” effect keeping elders under pressure, in everyday life, without fearing the forward flight – in contemporaneity – and giving a particular sense of attention in a possible fragile moment, such as aging. This research may be the key of active aging: avoiding elders’ discrimination, giving them an important role in their microcosm. This study may be a trailblazer for older age compared to the attention we give to elders, once more respected for their experience, in their world, apparently less dynamic – it gave value to their stories and so their capability to remember old story detail, the long-term memory. Today, in this “fast and furious” world, it’s hardly permitted to look back, and elders are seen as or active or inactive, heavy and useless. To “active” them, is it important to make them call eight times for days? Is it possible to balance between the request of being up with time, and the respect due for their single passed experiences? This is a link between time perception and concrete and realistic achievable behaviours.

Therefore, the issue of time perception appears complex: from one side, neurosciences tell us we have an internal biological clock thanks to which our sensation of forward flight becomes stronger and stronger during years, from the other side it tells us we can fool our biological clock if we have a rich and stimulating everyday life, and if we are a focus point for someone – at least for researchers – whilst instead time is a function of emotionality, and participation we feel.

What about patients’ perception of time?

The word “patient” has an ancient etymology, from pathos (“suffering”, “passion”), an ardent feeling. The patient is who suffers, is passion, while the Latin verb patior indicates only suffering. Ancient Greeks objectified strong passion, while Latins got rid of the several hints of pathos with just a consequence: suffering. Therefore, the sick person is patient, is suffering. However, we can add to this meaning the sensation of time in a particular declination, that of patience. Patience is an interior quality and attitude of who accepts pain, difficulties, adversities, troubles, controversies, death, serenely and calmly, controlling emotions and persevering in actions. It’s the necessary calm, resolution, application. The patient that pathologically (from pathos derives “pathology” too) “feels”, has to deal with a never ending time: the time of being ill. However, from patients’ narratives we notice an even longer and unbearable time than the one we live once the diagnosis is known, as if knowing the truth on our health was already a “little time accelerator” which drives us to not waste time. It’s the time of uncertainty, such as waiting for the result of a test – a waiting time that objectively can last from a few hours apparently infinite to some weeks. In narratives, “the waiting was unbearable, finally I knew, then…” (the waiting for the result of a biopsy), “Two weeks passed searching for a distraction” (the waiting for the result of an amniocentesis).

Carers must not underestimate this waiting time, which increases until it becomes a colloidal magma, and not minimizes the wait in front of people. Often physicians and medical operators minimize saying phrases such as “What’s the matter, only for two days”, and don’t understand anxiety given by those 48 hours of waiting. Maybe it would be more opportune to say, in an empathic way, “These two days will be long, I guess, if you need, call me”. It would be fantastic. We write this in hope that some professional will read this little rule of not abandoning the patient in such a difficult situation. However, the adult patient should activate her/himself in dis-traction: a behaviour for which we were scolded at school, and instead is wonderful to apply waiting for what life reserves us. Instead of staying in a conscious patience, maybe other and funnier forms of entertainment can help us: such as music, which seems to accelerate time, independently from its emotional value.

In the study “Time flies with music, whatever is its emotional nature” [4], researchers investigated if music influences time perception in a different way from a neutral stimulus, and if emotional values of musical stimulus (that is, sad music versus happy music) modulate this effect. Music presented in a major note (happy) or minor key (sad) induces the listening person to say that the duration of a melody is shorter than that of a non-melodic stimulus of control, confirming so that “time flies” when we listen to music.

The singular thing that adds a little more complexity to time, is that is not always so true that time flies while listening to good music we love: if music is ours, and is that capable to distract us really, we can arrive also to a paradoxical effect, that is time seems stopping [5] toward a peaceful quiet – as if time itself were empty of significance, because it’s the music itself stripping the perception of frivolous things, and therefore of tempus fugit.

It’s like we found the barycentre, the extreme stability in the middle of a vortex. In the eye of the storm, space and time converge in immobility and quietness.

[5] The Experience of Time As a Function of Musical Loudness and Gender of Listener, James J. Kellaris, University of Cincinnati, Moses B. Altsech, Pennsylvania State University