The state of art of narrative methodologies in healthcare 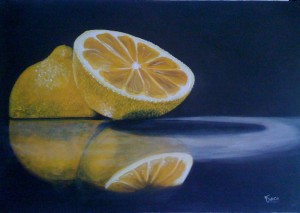 A healthcare system really affecting the improvement of patient’s health implies an educational approach proposing effective and coherent learning paths for medical staff. Education of medical staff, therefore, is one of the priorities of national and supranational political systems. However, for some years the experience in the field, mainly by general practitioners, seems to show the increasingly limited effectiveness of traditional training methods, built around the idea of a purely theoretical learning that too often does not take into account the real needs of patients. Hence the unavoidable need of a real change starting from the realization that the true well-being and health of the patient have to go through active and participatory listening, and that this is therefore a prerequisite for any training program that really wants to affect positively the quality of people’s lives.

Unfortunately, even today medical schools don’t seem to adequately prepare for this, concentrating their efforts instead on the transmission of concepts and theories that, in the long term, limit the empathy of medical staff (studies show that this becomes particularly evident from the third year of studies, that is paradoxically when increases the need for interaction [1]), transforming the patient into a kind of “object” on which to project the acquired knowledge and theories. This is a problem, and it’s confirmed by the perception, increasingly widespread, of “scarce listening” that patients complain, but also by a specific study, published on the British Medical Journal, which quantifies in 22 seconds the average time of listening that the doctor dedicates to the patient and his/her story before interrupting him/her, compared with a perceived need to talk of about 100 seconds, without substantial differences between men and women. [2]

Which are the consequences of this attitude? The lacking of listening does not affect solely on emotional or relational variables, but deeply calls into question the very meaning of the medical mission, that is to contribute as best as possible to the definition of an effective therapeutic strategy that, as we know, is not possible without a holistic view of the patient, that is considering firstly the dimension of the “person” and therefore of his/her “story”. But a story, especially in the case of chronicity, takes time and listening, and the lack of listening effectively preclude the doctor a real knowledge of the patient, including the treatment that he/she followed, the results achieved, any inconvenience related occurred, deeply impacting the effectiveness of the care that in some cases it is simply given “from above”, with serious consequences such as duplication of unnecessary examinations, repetitions of therapies already rejected in the past by the patient. And then with a consequent increase of costs, even and especially for the National Health System.

The problem seems to be to educate physicians to listening, teaching them especially as the interaction with the patient is one, if not the main, of the source of clinical learning, of course together with the theoretical knowledge acquired. This seems to have noticed that even the European legislators, that have recently proposed a revision of the strategy for Continuing Medical Education (CME), introducing the new and challenging concept of Continuing Professional Development (CPD), which clarifies how this part of the training (that is precisely in the field by listening and interaction with patients) is a specific responsibility which the medical personnel is scheduled to fulfill throughout the course of his professional life, according to the concept of lifelong learning which was also already present in ‘Lisbon agenda. Hence the consideration that medical education is the result of work that began in the classrooms of universities and graduate schools, but continues and must continue “on the field“, in direct relationship with the patient and with his needs, which must be taken as true “touchstone” the quality and efficiency of the system of care delivered.

The motivation and the continuous and permanent learning availability should be therefore a guide parameter also for the admission of students at the department of medicine, and this approach should be cultivated during the entire iter of study.

At the same time, behind the introduction of CPD it’s possible to get an improved and urgent call to the training and the clinic upgrade of the personnel, also under a strictly technical and medical profile:

CPD, therefore, stands as a professional imperative of every doctor, and at the same time is also a prerequisite for enhancing the quality of health care. CPD differs in principle from the preceding two formal phases of medical education: basic medical education and systematic postgraduate medical training. Whereas the latter two are conducted according to specified rules and regulations, CPD mainly implies self-directed and practice-based learning activities rather than supervised training. As well as promoting personal professional development, CPD aims to maintain and develop competencies (knowledge, skills and attitudes) of the individual doctor, essential for meeting the changing needs of patients and the health care delivery system, responding to the new challenges from the scientific development in medicine, and meeting the evolving requirements of licensing bodies and society[1].

The learning and the training of medical personnel through the experience maturated on the field by the direct comparison with the “stories” and after all the illness of patients represent, not since today, a guide parameter that at this point is recognised by the World Health Organization (WHO), particularly through his service of informations for the decision-makers of the world health, know as HEN (Health Evidence Network), which panel of experts, represented also by Maria Giulia Marini, Director of the Health Care and Wellbeing area of the ISTUD Fondation, have expressly indicated specific value added in the recourse of a new types of evidence, particularly qualitative and narrative research from a larger variety of academic disciplines and from a wide array of cultural contexts[2]. As we saw before, the fundamental advantage of this approach, that we could define holistic, is to combine an increased terapeutic efficacy for the patient with an higher and complete level of formation for the medical personnel, ad yet highlighted in the 2007 by Sigeru Omi, WHO Regional Director for te Occidental Pacific, when he affirmed that in  world where the healtcare is especially characterizeted by a biomedic, bureaucratic and fragmentated approach, we need always more to orient our efforts to a system where individuals, families and communities are served by and are able to participate in trusted health systems that respond to their needs in humane and holistic ways[3].

Described the problem, remain to understand which are the possible solutions. As ISTUD Foundation we don’t deal with medical formation in the strict sense, but we follow with large interest everything that concern the so-called “humanization” ways of cares, specifically everything happens under the human and comunicative profile in the relational system that stands between caregiver and patient. As we have already discussed before, behind any patient there is a story, and the listening of the story represent in our view the keystone of the problem. The story, indeed, is certainly expression of disease, interpreted in his clinic acceptation, but offer a larger perspective; giving life to the human and psychological dimension, gathering the relational system and the psychological dynamics, the story goes further the disease highlighting everything stands beyond (pain, frustration, lack of sex, discrimination) and that almost always avoids a traditional clinic approach. With the story we can, indeed, enter in the world of illness and of sickness, that is in the deep of individual and social humanity of the patient. This instrument it’s such powerful and efficient, for the therapist and also for the patient, that by now it’s used in some hospitals like a vehicle of investigation good to be placed side by side at the traditional clinic charts.

This is how the first parallel charts were born, where the patient is no longer considered as a sum of numbers and quantitative values, but as bearer of a story that in the parallel charts finds its complete qualitative expression. Parallel chart appears for the first time in U.S.A. in the wave of a proposal of Rita Charon, although it was already efficaciously theorised and utilized by the pioneer of narrative medicine Oliver Sacks, who had the intuition of support the traditional clinic chart with a space to record and note informations with a “narrative” nature, like the biographical informations, the report of the disease, the sensations and the feelings of the doctor. Factual the parallel chart born like a hope of listening (and, for the doctor, of knowledge and learning): Tell me what you think I should know about your situation, tell me what i should know about your situation. What makes it something unic it’s above all the context where he express himself, that is a context of absolute freedom where the patient isn’t pressed by the questions of the doctor, but he’s leaved free to describe himself and to let off steam, with a consequent cathartic effect that often rise from a perception of lightening and liberation that the medical conversation isn’t able to promote. For the cargive, as we said before, the chart became at the same time an extraordinary source of formation and informations, drawning fromt that dark areas whence ignorance often rise the incompetence and the ineffectiveness of the treatments used. Therefore, like a response for the question from where we started, the parallel chart could be a formidable instrument of continue formation on the field, contributing to the efficacy of the cares achieved, even those one that are in the truly clinical side.

[4] T. Greenhalgh, Health Evidence network Synthesis Report 49, Cultural contexts of health: the use of narrative research in the health sector, WHO, 2016.

The importance of the narrative factor like a potential element of improvement of the cure offer expressed by the healt systems was after all already expressed in a essay appeared on the Lancet in the 2014, where was highlighted the strutural lack of attention towards the cultural and human factors that define a real and effetive condition of “wellness”, even compared with the important progress completed in the front of the medicine evidence-base (Napier AD, Ancarno C, Butler B, Calabrese J, Chater A, Chatterjee H et al. Culture and health. Lancet. 2014;384(9954):1607–39)

Degree in Modern History, Master in International Affairs at ISPI, Master in Business Management at ISTUD. For three years (2005-2008) he has collaborated as junior researcher with the Italo-German Centre Villa Vigoni, focusing his research activity on the relations between Italy and Germany at historical, economic and social level. He is currently researcher at ISTUD where he carries out his research activities on human resources and organizational studies, with a particular emphasis on the use of multicultural approaches in training programmes for managers and executives. As project manager of the training path "Analogies. Lessons for managers", he coordinates the activities linked to the analogical methodology with a particular attention to the historical approach. He has been involved in the submission of some LLP and Erasmus + projects and has collaborated with the Health Care Area with a particular attention to the use of the narrative approach in the applied research.