The perception of disease through narrative: stigma and metaphors 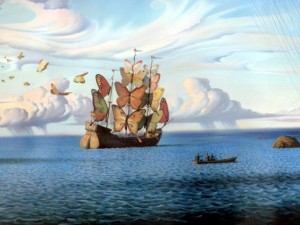 We host the project work by Bruno Belvedere, Healthcare Strategic Consultant and participant to the 4th Edition of the Master in Applied Narrative Medicine of ISTUD Foundation.

The project work aims to analyse the use of metaphors to describe biological, emotional, and relational aspects of disease. In particular, a comparative analysis was conducted on 120 narratives referring to 5 different disease conditions and collected among patients, caregivers, and carers:

Aim of the analysis was to individuate, through the use of recurrent metaphors, stigma regarding disease from the different points of view of who is sick and who takes cares of him/her.

Metaphor (from the ancient Greek metaphorà, “transfer”, in Lat. translatio) is a figure of speech that determines a subversion of the proper meaning of two words or discursive segments. A word or a segment inherits one of the meaning of the second word or segment, substituting a proper term with a figurative one, through a symbolic transposition of images (ranging hunger, king of the savannah, swaying ears).

Metaphor is particularly influenced by cultural, social, and organizational contexts in which is used. In illness narratives, we often find these figures to express meanings that may otherwise be unexpressed. Religious (disease as a divine punishment, or an opportunity for redemption) and war references (fighting, declaring war, defeating the disease) often recur.

The diagnosis: naming the disease, the “sentence”

In the analysed narratives diagnosis emerges as a particularly critical moment, minutely described in illness narratives.

As in the case of Multiple Sclerosis, diagnosis impacts on many people as a judgment, a punch in the stomach, an overwhelming wave. And more, a trap, world collapsing, another world. However, sometimes diagnosis has the liberating aspect to “finally” know what causes suffering: I have waited for this diagnosis for seven long years, then finally the disease marched out; I was relieved to finally give a name to the mysterious disease.

War metaphors recur in analysed narratives, even with different meanings and objectives.

People with Multiple Sclerosis face the struggle to live with their own pathology: I don’t love it, and I fight it living my life as much as I can; Initially it was my worst enemy, but I learn to live with it, until it becomes a bulky travel companion; Initially a monster, it became a travel companion; An odd-man-out between me and my life, but I must learn to live it with, willing or not.

For people dealing with cancer, the war takes the meaning of struggle to overcome evil. We may notice many war references of the struggle between good and evil, in therapeutic operation: Armed with various syringes, saline, heparin, gauzes, gloves, radiotherapy bombardment, evil has assaulted again; and in coping with the disease: She was fighting to survive, if battle is tiring and exhausting, however you can win, it’s worth it.

For people with congenital disease such as Beta Thalassaemia Major, the aim of the struggle is to move the arrival farer and farer: I’m 40 years old, I’m surprised by my path, because when I was 10 I was not thinking to be 20, and then 30, and now 40; Following therapies at the best, in the attempt to “move the arrival” farer and farer; Today I’m enjoying my “following twenty years”.

Among the most transverse elements in narrative context, there’s the use of expressions such as monster, alien, beast to describe the disease, that sometimes progressively evolves in travel companion, other times remains an invading alien.

Expressions used by people with Psoriasis are particularly strong. They express their closeness, the silence suffering, the deep disesteeming for themselves: A person seated down in the house, and self-enclosed; Munch’s Scream; A snake; A black hole; A tunnel you cannot escape from; A silent monster expanding in my body. These expressions are linked to the dramatic situations of lack of social recognition of the disease: You don’t have a real disease, you can’t suffer, scream, talk about it; You “just” have a dermatological disease; We are sick, but not enough, and of the deep sense of shame: I was pitied as I had leprosy, I didn’t go out because I was ashamed, and because people around me, my family, were embarrassed, and so I was ashamed because they were ashamed of me.

Disease as an opportunity

In some narratives we can find the pedagogical value of disease as an important occasion to start again and give meaning to life.

Multiple Sclerosis: It was an occasion to start again. To think about which things were really important for me, and act them without waiting; I don’t love it, ma in the end it has been useful for myself and my life.

Cancer: I learned to live day by day, enjoying the good aspects of my life; I ordered my thoughts and I learned to differently consider life and death.

Stigma and prejudices in disease

In analysed narratives we can find prejudices, ancient fears and even guilt characterizing not only patient’s experience, but also the healthcare professional’s judgement:

Beta Thalassaemia Major: The strong pressure they make you to abort the sick foetus, and they call it “prevention”; A beautiful daughter, lively, but she’ll never reach three years of life: you should do another child, Mrs.

Multiple Sclerosis: I did nothing wrong, it could not be true, why did it happen to me?; I felt lost, desperate, as if it were a divine punishment for something I did.

Psoriasis: My mother was ashamed to go out with me; At home they treat me like I had leprosy; I hated myself. They told that the trigger was psychological, and so I thought to be wrong, to not thinking in the right way.

Chronic Obstructive Bronchopneumonia (the physician): She smokes two pack of cigarettes for day – I thought “She’s crazy”; First visit, a mad woman. German patient, married for four times, 25 parrots in her villa, two packs of cigarettes for day; An unpardonable sinner searching for redemption; The cigarette… He has become again a looser, accomplice and victim of a bad habit enmeshing him.

The use of metaphors in analysed narratives help to broadly understand the disease in its biological, psychological, emotional, relational, and social aspects. The strength in describing and interpreting illness experiences through metaphors helps to comprehend meanings otherwise not expressed.

Analysing in depth this first part may be interesting, and extend it to other conditions, in order to individuate analogies and differences in the description of the disease, and to understand how language used through metaphors could hide suffering, stigma, and prejudices.