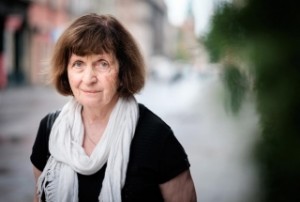 The Natural Semantic Metalanguage (NSM) approach is based on the evidence that there is a small core of basic, universal meanings, which can be expressed by words or other linguistic expressions in all languages. This common core can be used as a tool for linguistic and cultural analysis, in order to explain the meanings of complex and culture-specific words and grammatical constructions, and to articulate culture-specific values and attitudes. Here we host an interview to Anna Wierzbicka, Professor of Linguistics at ANU College of Arts and Social Sciences (Canberra) and at School of Humanities, Languages and Social Science of Griffith University (Brisbane, Australia), and author of the NSM approach.

Q. What is the Natural Semantic Metalanguage (NSM), and are there universal terms in mankind according to your linguistic studies?

AW. The Natural Semantic Metalanguage (NSM) is a mini-language which has proved itself to be an effective tool for describing and comparing meanings and ideas expressed in any language. It has been constructed on the basis of extensive cross-linguistic investigations conducted by many scholars over many years. The effectiveness of this tool stems from the fact that it corresponds (or so NSM researchers believe) to the shared core of all languages. This shared core of all languages can be identified through a small set of words which have their exact semantic equivalents in all languages. Accordingly, the metalanguage known as NSM has as many versions as there are natural languages. So the answer to the second half of this question is: yes, there are universal terms which we find in all languages. There are 65 of them. They correspond, we believe, to what Leibniz called “the alphabet of human n thoughts” (alphabetum cogitationum humanarum). They have their inherent, universal, grammar. This means that they can be combined in the same way in different languages, to allow cross-translatable phrases and sentences.

Q. Everyone in his/her life experiences the disease, or the loss of a health status. In your NSM, in any language of the world, there is the word “to feel” and the evaluators “bad” and “good” and the word “body”. Could you put as hypothesis that the disease experience and the healing process could be related to these words which are universally present in all languages?

AW. It is true that in all languages of the world we find words corresponding to feel, good, bad and body. There is also a word meaning happen in all languages, and sixty others, among them, I (me), very, for some time, other, and so on. These words give us a language-independent basis for saying, for example, that something bad is happening in my body, that I feel something very bad because of this, that I can’t do many things because of this as I can at other times, that something very bad has been happening in my body for some time (maybe, for a long time), and so on. Both the “disease experience” and the “healing process” can, I believe, be talked about, and thought about, in a language-independent way, by means of such universally understandable words and phrases.

Q. Coming back to the term “body”, it is a word present in every language you studied. On the contrary, mind is an abstract concept and varies among cultures. Does it mean that when we are ill we are naturally getting back to the body, or that we have to deal with the body?

AW. Not necessarily. It is true that, as evidence suggests, every language has a word for body, conceptualised in the same way, but not a word for mind. But people can talk about how they feel, and how they think, without referring to the body – e.g. they can say: something very bad is happening to me; I can’t think, I can’t do anything, I feel very bad all the time, I don’t want to do anything, and so on. The universality of I is of course crucial here. But people also often think about what is happening to them in terms of words which are not language-independent but which, on the contrary, depend on their culture. For example, English speakers tend to think about such things in terms of the English word mind, French speakers, in terms of l’ame, Russian speakers in terms of dusha, and so on. As I see it, the trouble is that English-speaking doctors and medical experts tend to assume that one can talk about all human experiences in terms of the English word mind (which focuses on thinking and knowing, to the exclusion of feeling, and of thinking in terms of good and bad) – they tend to absolutize this English concept and treat it as an objective datum. This is the Anglocentrism which plagues many sciences these days, and often prevents (I think) successful cross-cultural communication between doctors (clinical psychologists etc.) and patients.

Q. Do you think that there is not only a metalanguage but also a meta-culture for getting ill, being ill, feeling good, feeling bad, expressed through metalanguage which also includes cultural and anthropological differences?

AW. I’m not sure I fully understand this question. There are certainly deep cultural differences in the way people in different parts of the world think about what is happening to them, how they feel, why they feel the way they do, and so on. All such differences can be explained and clarified, I think, through the same meta-language based on universal human concepts such as happen, feel, bad, good, body, and so on. But perhaps I’m not answering your question, I’m just not sure what you mean by “meta-culture”.

Q. In one of the “logic concepts” there are the “can” and “maybe” words: these terms open to possibilities, like to say that in metalanguage there is always a hypothesis for “change”, “dynamicity”, and not just for static situations. It is like to say – if we understood well – that in the human language there is always the possibility for considering alternatives. In your opinion, does the NSM mirror the human meta-thinking process?

AW. NSM is a tool for describing, analysing, explaining meanings and ideas. It can certainly be used for talking about “change”, and not just static situations. The universal conceptual elements can and maybe are essential here, but so are some other concepts, such as happen, for some time, other, and so on. As I have already mentioned, the universal concepts such as these have their inherent universal grammar. Jointly, the lexicon and the grammar (matching in all languages) allow us to construct what we (NSM researchers) call “cognitive scenarios”. These scenarios may differ, to some extent, from culture to culture, but they can be explained through matching mini-texts couched through the same simple concepts (happen, feel, body, can, do, and so on), used in the same combinations.

Q. In our encounters with scientists, most of them keep on saying that science is science, and poetry is poetry? We are quite concerned about this division of disciplines because we think that science now is suffering from a reductionist approach, and not open to new possibility, “the logic concept”. You are a strong enemy against the overuse of the English language: is it because do you envision a reduction of possibility of meanings? And getting in touch with other possible meanings could “mean” to have a different impact on live? Through this analogy we could try to out together science and poetry…

AW. I am against the overuse of the English language in thinking about human experience. Using Minimal English can be as effective in trying to understand human experience as using Minimal Italian or Minimal Polish. I’m not against the use of Minimal English in international gatherings (e.g. conferences). What worries me (and my colleagues) is the absolutisation of Maximum English, with words like mind, trauma, stress, and so on being taken for granted, and not treated as part of a particular “lingua-culture”. But yes, this excessive reliance on English (full, maximum English) does lead, I think, to a reduction in the broad range of meanings that play a role in human experience, with scientists often thinking exclusively in terms of culture-dependent English meanings, and not trying to understand the meanings that their patients (or doctors of non-Anglo background) may be thinking in terms of. The reduction of the universe of meanings to the meanings encoded in English (especially, in technical, academic, medical English) does have, I think an impact on our lives, often very unfortunate impact.