The cultural contexts of health at World Health Organization 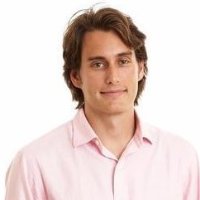 We are glad to host the contribution of Nils Fietje, Research Officer at World Health Organization, on the project on Cultural Contexts of Health (CCH).

Our experiences of health, and our interactions with those who care for us, are strongly influenced by the cultural contexts we inhabit. It is a fact that all health professionals, and all public health organisations are confronted with every day.

Over the past twenty years, a range of conceptual frameworks have been developed in the public health arena that examine how social and economic determinants intersect and impact on health [2,3,4]. This work has shown that the pathways to inequalities are not linear but complex, and that the diversity of human contexts in which health is created and determined need to be better understood. The Marmot review on social determinants of health has been widely cited in this regard, as has Paul Farmer’s work on structural violence. While the importance of cultural contexts is frequently acknowledged in this work (for good or bad), the approach is often based on a deficit model. For instance, although the social determinants of health encompass all the conditions in which people are born, grow, live, work and age, in practice public health research has focused primarily on the unequal distribution of money, power and resources. The concrete ways in which value systems, traditions and beliefs impact on the entire length of the health pathway (from bench to bedside) are often ignored, as is the frequently positive, protective effect that culture can have in the face of certain health challenges.

A growing number of voices in the public health community have therefore been calling for the need to reconsider the important role that cultural contexts play in the provisioning of equitable healthcare [5,6,7]. Most notably, The Lancet recently published an extensive commission report on culture and health [8], in which the claim is made that the neglect of culture is the single biggest obstacle to developing equitable health care.

In the WHO European Region, the roll-out of Health 2020, the European policy framework for health and well-being, has initiated a shift towards a values base that emphasises a life-course perspective, multisectoral and interdisciplinary engagement, as well as a whole-of-society approach [2]. The policy has reintroduced well-being as a central concern for WHO, a move which is re-engaging public health with the full complexity of the subjective, lived experience, and which has opened the doors to a more systematic engagement with the cultural contexts of health.

This shift towards the subjective, as in the case of subjective well-being, is creating a new set of challenges for an organisation whose function is primarily normative, and which has focused mainly on death, disease, and disability (not, in fact, on health and well-being in the broader sense). There is an increasing need for more capacity to tap into relevant research from the health related humanities and social sciences (H&SS), which explores the meanings that people create around their experiences of disease, health and well-being. Of particular interest in this regard, is the role which narrative methods and approaches can play in contributing to WHO monitoring and reporting strategies on a population level. Consequently, WHO Europe has recently launched a project on the cultural contexts of health (CCH), in order to create a platform which, will aim to systematically apply interdisciplinary research at the interface of culture and health to the programmatic activities of the Regional Office.

The potential for this work is twofold. Not only can it help to transform the role and applied value of H&SS research by creating a policy pathway into WHO Europe. But it can also have an important influence on the research agenda and methods inherent in H&SS, given that knowledge translation will rely on the kind of high-quality work that CCH can stimulate and coordinate. The CCH project will create a policy pathway for research from the humanities and wider social sciences, particularly where this research can shed light on the human, subjective experiences of health.

More information about the project is available on the project website: http://www.euro.who.int/en/data-and-evidence/cultural-contexts-of-health

[4] Closing the gap in a generation. Health equity through action on the social determinants of health. Final Report of the Commission on Social Determinants of Health. Geneva, World Health Organization, 2008