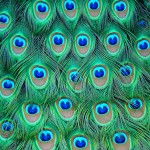 Narrative medicine is democratic: doesn’t belong to anybody  or to a specific  role but is of all individuals. Every human being has or will have to deal with the patterns of balance/imbalance of health and illness: this is why this discipline should never be confined to a specific field of competence, but crosses all roles and specialties. This is also  the reason why It requires asystemic approach:  listening not only to patients’ voices but also to those of caregivers,  friends, employers, teachers, and citizens: It’s a bottom – up governance tool.

This is my stream of thoughts, when proposing, researching and promoting  the possible beneficial role of narrative medicine to improve pathways of care, by a better listening, a less need to perform medical tests (30% are carried out only for defensive reasons) and by building skills to build an authentic  therapeutic alignment with the patient. But as Rita Charon writes, one of the dilemmas that narrative brings is concerns moving   from  the single individual case to a general level.  We know that current clinical practice is under the strict law of Evidence Based Medicine. Narrative Medicine therefore,  to be acknowledged as an integrated tool, has to be tested, to demonstrate its potential clinical effectiveness to the scientific community. Currently providers of care are on the path  to understanding that Narrative can not only give them the possibility to treat their patients better, but can also give them back  something “was somehow stolen” in the frantic management of the health care system: the sense and the mission of healing, taking into account the systemic issues that each patient brings. Narrative is not for easy generalisation or oversimplification: it doesn’t complicate but it is complex. We are seeing that a new class of physicians is feeling good with this movement: it gives them  back  part a part of their soul lost in the system: indeed it’s food for the soul.We also have to mention, in addition to patients and care providers, the other main stakeholders: the health economists and  decision makers; those who  decided on reimbursing or not reimbursing  a pathway of care, an innovation, a drug, a new device for a welfare system currently in danger of failing. These experts have to make difficult decisions on the basis of data on populations, epidemiological forecasting and response to treatment: it looks like that no room for personalization is allowed. They need figures and numbers, when talking about money. During a debate on the use of narrative medicine, a comment by a health economist was: “All patient’s stories are the same, because we all have to face the physical laws of nature, growing, being adult, getting old and dying….” Of course the big picture is the same,  even if some die prematurely, but this approach, just the law of nature is  in  my advice,  too generalistic and oversimplifies the complexity of real life, which could be straight line for somebody, a more circular one for others, or even a spiral.

Narrative Medicine regards not only the story of our lives, but also  the illness, the so called breaking of the balance  between wellbeing and feeling ill. Stories of illness, that is the living with the disease, cannot be the same, just as there cannot be two identical curriculum vitae: they can be similar,  but not identical.  When I heard that patient’s stories are (not even might be, using a probabilistic verb, but with an indicative verb) identical, my first reaction  was the one I felt  on hearing about  what,  in neuro linguistic programming, is called generalization: with  words such as never, ever, all, nobody, same, identical…  we  cannot go beyond stereotypes.

Stereotyping can of course facilitate fast decisions.  George Clooney in Up in the Air, when having to choose the faster line at the airport, he watches carefully how many Japanese and other Oriental people are in front of him, avoids  women with new-borns and children, and says to educate the young colleague  who is a  psychologist  “I stereotype, it’s faster”.  At the end of the movie,  his stereotyping framework turns out a total failure,  not able to give him tools to build a better life. Stereotyping subtracts from  reality and  adherence to the world.We know that epidemiologists and health economists have to take decisions based on an impoverished information, a pale indication of what each system and environment is and of what is true for each patient.  In reading about this, a hamlet-like doubt started to creep up on me: “what if” the very  tendency to oversimplify, to use “means and medians”  were behind the collapse of the  welfare system?  Who says that that the right to  reimbursement suitable for me is also suitable for a completely  different person? And another thing:  who says that I can be cured with only evidence based treatment, sponsored by huge trials enrolling thousands of patients? What if  I would like to go for complementary medicine which unfortunately does not have behind the financing  to provide evidence of its efficacy? And If my mother wants to be treated with certified EBM antihypertensive drug,  but her dearest friend takes care of herself with yoga and crystals, and they both perceived that both the ways of caring are valuable, and yoga costs less than drugs: why should I reimburse only drugs? This is what collecting narrative stories stands for: it’s not a matter of spoiling people, catering to their whims, but of aligning care to their real needs and values.

The tailored  approach can be used though road maps to identify a patient’s journey: this is no longer the “disease management program” of the ninety’s. Instead it  focuses on what patient’s will do, whether they want to heal in the first place and secondly how they want to be cured. Who says that welfare is tons of white tablets sold  in pharmacies and reimbursed? Couldn’t it start from good food reimbursed to address the  quality of life? Couldn’t it start from having free gym courses?  Couldn’t  we start from heaving free counselling and or and psychotherapy to counteract the neuroses of our  age like time management or to help in dealing with unemployment?   I think that welfare needs to  redefine what it really is and what it  is not,  and needs to stop  denying attention to emerging strategies of taking care of oneself.  As Michel Drummond , University of York says:  decisions should be taken integrating quantitative and qualitative studies to bridge the gap between patients and decision makers:  in health care we are too far away from the people. Tools which might help are relying on deliberative democracy,  structured methods to interview people and to get their informed opinions. The tools are there, now we have integrate them  with the richness of the stories approach, which could be so similar and so different and the same time in a court of patients’. So  welfare, to succeed one day,  might work on similarities, leaving free choice to the individual.Statistics remind me of Trilussa’s  “chicken fable”:  we can have two chicken for two people a year, the mean of which is one chicken per person, but in the fact  Mr A  eats both of them whilst Mr B  gets nothing but a  very small burnt wing. Trilussa explains through this satirical poem how statistics and can erroneously applied and  the need to read beyond the data  and to collect the whole picture, not just the  façade of the averages.   This is why statistics with its generalisations can be misleading and –if not integrated with narratives which can help to interpret the data – be a rather superficial tool for the  welfare system.
Dear decision makers, if we want to save the welfare state we have to get out from the framework of identical treatment:  this is denial of diversity, which is determined, as in literature is reported,  25% by genes, 25% by education and 50% by the environment : of course also this figures  are a generalisation, and they may vary from context to context,  but it  includes three factors which are claiming  that we are not the same and our stories cannot be identical. In conclusion I would argue that welfare system, in using  only gross numbers, wastes a huge amount of money on guidelines, and defensive medicine, and loses  the capability to understand needs, context and soul.  This is why health care services need to be local and shouldn’t be centralized too much, because anthropological differences do exist,  otherwise globalization will continue with its  irreversible process, cancelling out diversity.  The general issues for us humans on this  planet are food, water and working as a  means to survival and self expression and feeling good before going to sleep. Plus positive human relationships, which can be cultivated by listening reciprocally to stories of illness, but more that these, of lives. For a better and more intelligent redesign of welfare systems.