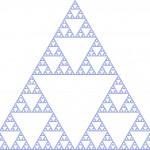 Narrative medicine has become a globally accepted paradigm, placing an emphasis on providing the space and time for greater personalization of care: the basic premise being that individuals are profoundly different. They live, feel, think and act with rhythms and values in similar but also dissimilar ways when confronted with complex issues such as those related to illness and the loss of health and wellness.

In our contemporary scientific world, where numbers and statistics predict the likelihood of disease and influence the pathways of care, narrative medicine was born as an antidote to the use and abuse of the metric and predictive values of clinical trials and clinical practice. It works on the basis of observing and listening to the signs of illness revealed by each patient (1). This proposition had its genesis amongst a limited number of anecdotes, interviews and occasional stories of individuals who desired to tell of their own experiences. It is mainly for this reason that narrative medicine was initially deemed to be of most value in the study of rare diseases: a few testimonials suitable for very few existing cases.

Technology, until a few years ago, was only able to analyse and produce standard deviations, means and inferences using numerical data and could not support the analysis of narrative text. Equally, statisticians involved with research studies taught researchers, clinicians, scientists and care providers to omit empty items in questionnaires where doctors might have added their free thoughts: the explanation being that the comments section did not yield any scientific value, but the more likely reason was that experts did not know how to analyse this knowledge efficiently. Even now, patients’ diaries are considered unreliable and low in the pyramid of evidence by academic clinicians and scientists(2) and therefore risk being presented as waste material in clinical trials. The answers on a questionnaire of quality of life are more reliable but still deemed of less use than the clinical judgment of the physician. The disappearance of ‘comment’ sections, which might be considered as golden sections, paradoxically has removed and muted the voice of people who are objectively passing through the phases of illness and health. However, it is not just patients and associations that have opposed this professional view of the science of care but sometimes physicians and carers too. And so gradually, as knowledge and awareness has improved through dialectic processes, new theories are beginning to appear. The current era of research taking shape is looking for a balance between the uniqueness of individual experience and the occurrences of common phenomena in different patients, not only in a “life” but in many “lives”: the narrative evidence-based medicine(3). And narrative medicine is moving from a singular vision, or one of few cases, toward a perspective of plurality defined within “galaxies of individuals”, each with its own asymmetry but governed by a joint force of universal gravitation. Ironically this is occurring thanks to outstanding technological advances: the semantic mapping software that analyses words, synonyms, expressions and metaphors. The factual and symbolic language represented in the grammar, style and linguistics of the many stories of disease and the health, require a means of methodical interpretation.

Narrative medicine, originally “centred on the individual”, may be able to embrace a more universal approach without falling into easy generalizations by simply looking, in every disease condition, at the story of a patient, the next patient, and so on to observe the “occurrences” of common factors and similarities which define us when confronted with the devastation of a disease. Scientifically, it is the recursion phenomenon, a mathematical theory which is applied in social sciences to help read events occurring more than once(4). For example, how many times when communicating a diagnosis did doctors know to alleviate the anxiety of patients; how often and when during a chronic disease did solidarity between family members develop; when and how often did discrimination in the workplace begin; how much effort goes into managing a chronic disabling illness. Through this analysis, patterns can be revealed among the stories of illness. So, what more does the narrative offer than simply grouping a series of “yes” or “no” questions? The narrative explores root causes, analysing and giving answers not deducible from clinical trials. We discover the deepest needs of one’s self; the patient’s identity reshaped by a change in thoughts and actions in “coexistence” with a disease. From these the dynamic or static nature of the situation are interpreted.

We therefore perform reconciliation between the statistics of population and those of an individual singularity. With epidemiology we can calculate the statistical occurrence of a “sample” of the population of sick people, in more poetic terms a “representative galaxy”, to be able to collect the written memories, thoughts, emotions, hopes and perceptions of events in the care environment, family, workplace, with friends and others. Finally, we overcome the single-witness weakness, switching to a more collective vision. But with our narrative medicine, the sample calculation is quantified epidemiologically and is representative of the prevalence or incidence of a specific disease. The classical statistical inference of the clinical trials developed from the formulation of a hypothesis applied to the possible evolution of patients according to therapeutic interventions, is abandoned. There is much to do to persuade the clinical study profession of the effectiveness of the sounding capacity of the narrative in its plural version, but there is also another challenge to persuade the psycho-social science profession to marry the narrative dimension to the possibility of using numbers in agreeing how many stories are necessary to reach a resonating pattern.
With narrative, we are in the purity of observation realm without prejudice and assumption. The greater the freedom in relating the story, uninfluenced by the rigidity of closed spaces, numbers and words tracks, the greater the value we give to the study. At first glance, results might appear uncertain, complex or ambiguous from the presence of diametrically opposing results sometimes emerging from the same story. But progressing with the interpretation of a greater sample of texts we realize that there are common denominators or “universality” at the onset of a disease, it’s advance, evolution and regression.
Nowadays, even the framework within which we view disease is being reshaped. During his study of quantum theory, Einstein was faced with contradictory concepts of light particle and wave but was prepared to accept both pictures of reality to explain the phenomena of light. In the same way, we consider acute diseases as particles where there is a cure or no cure and chronic degenerative diseases as waves where symptoms wax and wane. This paradigm can be seen in the comparison between surgery and flu on the one hand and Alzheimer and Multiple Sclerosis on the other.
There is no better example than Stephen Hawking, the courageous sufferer of motor neuron disease, who has demonstrated that even in the darkest case there is a glimmer of light. In his own field he has brilliantly shown that in the singularity of a black hole some radiation escapes the voracious eater of light and stellar bodies and that not everything is absorbed and disappears. Through his own narrative we see the spark which ignites the welfare of others when perceived by the reader.