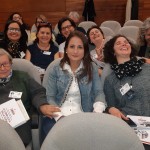 The congress of SIMEN, the Italian Society of Narrative Medicine that was held in Arezzo from 10 to 12 May, was called and was indeed a “tale of tales”. In fact, each participant, medical doctor, nurse, pharmacist, philosopher, anthropologist, patient, scientist, physiotherapist, social worker, exponent of other professions or citizen, brought his/her novel. His/her personal and professional story of illness and health.

In the 1600s Giambattista Basile wrote the fairy tale collection “The tale of tales“, a meta-narrative composed by intertwined multiple stories to bring joy and pleasure to a pregnant woman who suffered from melancholy. Thus, similarly, at the Congress, narratives of health care have come together from all over Italy and from the University of Oxford. If in the “Cunto de li cunti” – the story of Basile’s stories – the villains were ogres, mad and greedy kings and queens, as people who could not accept the natural cycle of their life in a crazy reclaim of eternal youth and anxious search for despotic power, so in the congress in Arezzo, the villains were represented by the injustice of disease, vulnerability and a certain arrogance of being able to cure any condition, without listening to the Other, in a lack of inter-subjectivity between the patient and their caregiver. In Basile’s Tale, the good guys are those who listen and have imagination, creativity, people who work witht claims,, without expecting anything in return. The gift comes unexpected and not in a calculated way. The good guys are people, who love each other, the lovers and the fairies who intervene to save the sick, the frail, and the simple ones. 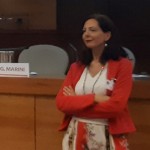 In Arezzo, but more generally, narrations of the ill person are not only shadows and places of solitude, but, thanks to the care of all professionals and the net of human relations, they are filled with lights and hope, even when death. The key is knowing how to glimpse through the darkness, those few words that reflect the light and stick to them, to ensure that narrative medicine is not only suffering but also a transformation of them into pleasure, joy, or even as Basile said “entertainment for children“. It is through stories that a new possibility of identity is created, when the traumas that life goves to us, in a more or less predictable and justified way, finally will arrive. To weave the canvas of the stories, we dream of the start and of the concrete realization for a wider complicity among storytellers, of whatever origin they are, without self-referentiality but fascinated by the art and the technique of listening, observing, being moved by the stories and moved by being able to tell their own version of events. This is how Basile wrote:

“There is nothing more fascinating in the world than listening to the facts of others: so this was rightly considered by the great philosopher Aristotle who placed man’s last happiness in listening to pleasant stories, because, by putting their ear to tasty things, they clear away their worries, evicting annoying thoughts and prolonging their lives. Because of this desire, craftsmen leave their workshops, merchants abandon their traffics, doctors do not follow causes”. 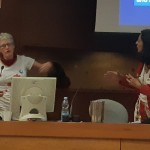 People who came to Arezzo were actually fascinated by narrations: now, however, it is up to all of us to apply them in training, research, clinical practice, both in chronicity and in all phases of life. From birth to growth, from being an adult to aging and dying, and in different countries and continents of origin, according to a Welfare thought, a well-fare. Good narrative journey. We wish, after these first steps in drafting of the Tale of the Tales, a true and acknowledged success to the application of Narrative Medicine in conjunction and not in opposition with Evidence-Based Medicine. There is still much to be done outside Arezzo to obtain that concrete acknowledgment of our Tale of Tales, which, for example, was denied to Basile with his Tale of Tales, never studied at school, neglected and forgotten, but reconsidered as a narrative masterpiece only after three centuries by Benedetto Croce and Italo Calvino. Wise and creative narrative medicine cannot remain hidden for three centuries, but must make its structured and fascinating voice heard, competent and exciting, right from the start, transforming it from Cinderella – Basile’s fairy tale within the Tale of Tales, perhaps the first to write this story, – to Princess.