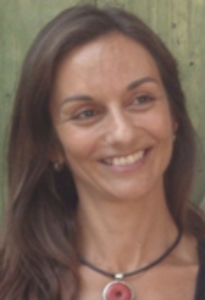 Susana Magalhães, PhD, is Researcher in Bioethics, Literature, and Narrative Medicine at the Institute of Bioethics at Portuguese Catholic University.

Q. What is Narrative Medicine now, in 2015, in your opinion?

S.M. Narrative Medicine is an intellectual attitude and practice that focuses on illness experience, social perception of sickness, of patient and of caregiver and on the biological basis of disease, weaving these dimensions through narrative. From my point of view, Narrative Medicine does not exclude neither science nor  technology, but it integrates them into a web of care that is rooted in interpersonal interaction. It requires a change in the way of looking by all those involved in healthcare, mainly because it challenges us to see, look and notice who the other is, and not only what the other is.  Narrative Medicine aims to integrate the poliphony and dialogism that can be found in Bakhtin’s theories of discourse. In Problems of Dostoevsky’s Poetics, Bakhtin developed the concept of  “polyphony” (borrowed from music), which literally means multiple voices, each one of them has its own perspective, its own validity, and its own narrative weight within the novel. In Bakhtin’s analysis of Dostoevsky’s work, there is no single objective world, held together by the author’s voice, being there instead a plurality of consciousnesses, each with its own world. This multivocal reality is the essence of  every clinical encounter. Doctors, nurses, social workers, patients, caregivers, all have to dialogue and the power to mean cannot be monopolised by any of these “characters”. In monologism, one transcendental perspective or consciousness integrates, organizes, systematizes reality, erasing everyting that is irrelevant to this perspective. Evidence-Based Medicine, by relying too much on similarity, replica, statistics, tends to silence the multiple voices that need to be heard if one is willing to improve the quality of care. Monologism implies sticking to a representation of the world that stands out as the ultimate word, thus precluding every hint of subjctivity, identity, inviduality. This is precisely what Narrative Medicine refuses to do: it refuses to reduce all the care to treatment and cure, it refuses to reduce all the voices to a single speech; it opens up space to healing and to dialogue. In 2015 we are aware that the philosophy behind narrative medicine is not new, but the methodology it requires is new and it is slowly conquering territory among health professionals. The real problem we have to tackle is how to integrate narrative medicine in the organization and management of health care services. In an era of new web-shaped patients, there are issues we should address when we try to disseminate a narrative approach in health care: How do we manage time? Can narrative and new technologies be partners in Medical Humanities? Is there a bridge between new technology and the stories we want to make part of? We assume that Narrative Medicine allows for faster, more accurate diagnosis; individual-oriented rehabilitation; adherence to therapies; fewer conflicts; cost reduction, less risk of burn-out, fewer moral residues. Research on these issues must be carried out with qualitative and quantitative methodologies to integrate narrative-based medicine in medical education, clinical practice and management design of health care organizations.

Q. Do you think that Narrative Medicine could give important theoretical and practical tools in the healthcare context?

S.M. Narrative opens up space for the force of the possible, which means that literature and stories in general provide us with possibilities that would remain otherwise closed, highlighting their force as possibilities. Therefore, when we think of responsibility of and to literature, what we are referring to is responsibility to openness and freedom: the kind of freedom that is intrinsic to being and its unfolding in time and space. This force of the possible is precisely what narratives of illness, as well as literary texts, propose to us, readers, listeners, writers, storytellers, caregivers. The world of possibilities that is part of literary nature engages the readers/listeners in the search for alternative paths, different worldviews, allowing all the intervenients in the health caring relationships to see ahead of the disease, to integrate the past of patients and their familiies, the present experience of illness and an alternative future that takes into account the changes of one’s own story. Narrative based medicine foregrounds the role of hermeneutics, interpretation in doctor-patient relationship, as well as within health team work; it highlights the multivocality of the clinical setting and of all healing experience; it fosters the development of narrative skills, while stressing the content of illness narratives. Since clinical understanding is always interpretative and not exlusively objective, it has to deal with conflicts, disagreement and ambiguity. On the other hand, the subjective elements of clinical judgement do not imply relativism, but rather invite health professionals, particularly doctors, to consider all interpretations of a clinical situation and to evaluate them as not equally valid. Deliberation about these various routes requires dialogue, asking the right questions and shared decision making. So, narrative-based medicine can provide evidence based practitioners with the interpretative skills that health care requires, filling in the blank spaces left by too much cleaning up and too much organisation of electronic medical records.

S.M. A recent study on medical deliberation and decision revealed worrisome data: 90% of the physicians reported having difficulty in deciding, from these 80% pointed out that the major problems are related to ethical decisions at the end of life (Hurst et al, 2007; Antonella, et.. al, 2008). Recent publications demonstrated that there are costs resulting from the failure of communication, not only at the level of satisfaction and effectiveness of treatment for the patient (Parker, et. Al. 2001) but also concerning burnout among health professionals (Pereira, et. al, 2011), and financial costs to the health system itself (Bernardi et al., 2007). It is highly important to work out deliberative skills on individual and political  levels, based on Respect for all who participate in the deliberative procedure, and always focusing on Equity in the distribution of health care services and resources. Our hypothesis is that Medicine Narrative can improve confidence in doctor’s ability to communicate with their patients and their patients’ relatives, and to respond to the patients’ preferences concerning the way they would like to be involved in the whole clinical encounter. It is also assumed that any improvement in the effectiveness of communication and decision-making will significantly reduce the risk of burnout by health professionals and will also have an impact on the costs of health. A deliberative model for health care requires narrative, since the different stages of deliberation are based on the narratives of all those taking part in the process: the first stage is getting to know the facts told in different texts: patient’s experience, doctor’s interpretation, physical examination, image-based diagnosis; the second stage implies pointing out the values that are at conflict in a particular clinical situation, which cannot be carried out without the stories of the patients’ conflicts, the doctors’ personal and professional stories, and the stories told within the cultural and historical setting; in the third stage, the alternative paths that can be followed must be considered, thus eliciting the force of the possible that is part of the nature of narrative; in the fourth stage a decision is reached, after this shared thinking, allowing each participant to assume their own responsiblity, giving a face to the decision that is now reached. By breaking the conspirancy of silence that affects many patients, their families, caregivers, and health professionals in general, we can share communication and decision making difficulties, which will surely contribute to more solid and rewarding health care. Silence as the result of repression will not help anyone, neither the physician, nor the patient and his relatives. By taking responsiblity for the past events, by recognizing his vulnerability and the unpredictability of life, by assuming his role in the faulty events, the work towards self-forgiveness and the opening up to the other can take place. Moreover, shared-decision making can contribute to a more sustainable healthcare service, since listening to patients and caregivers may reduce the number of medical exams prescribed and will surely contribute to less burn-out among healthcare professionals.