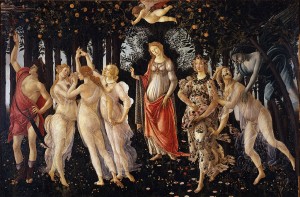 Today, if we want to be considered “anti-reductionist” in care and medicine, medical sociology insists to move the attention from the sick organ, or from the disease, to the patient: or better, to the person integrated in his/her biological, psychological, and social context. This “bio-psycho-social” paradigm represents an openness that distances itself from the mechanistic model – well exemplified in the man-machine metaphor, according to which disease breaks the pieces a good mechanic-physician must repair or scrap – to reintegrate the living being in its social context, being the human (o Anthropos) – as Aristotle anticipated – a biologically living (bion) and social (politikon) being. It was, and it is impossible divide our biological being from the local, relational, everyday-life twists. And to heal in a holistic way – another word today very inflated, where olos means whole – the bio-psycho-social model helps us.

Still, in the search for a relationship between health, disease, and social context, is sufficient to talk about relationships, children, weddings, cohabitations, fertility, sexuality, and on, school, work, employment, unemployment, productivity, salary, and contract? Is enough for us a partial compendium of everyday life, the pragmatism of the unrealized or the unfinished? And when a condition of fragility, insecurity or illness appears, forcing us to deal with the appraisal of our lives, does this paradigm satisfy us? To date, quality of life questionnaires concern the cited items, and as contemporary peak we register the question “How do you live your sexuality?”.

This question is embedded in the historical period we are living. In this way, even if narrated, it has that vague reductionist accent that will bring us to an oppositional qualification between good and evil. In short, we do not let breath the many facets of our life – inserted in biology, in the psyche, in more or less productive relationships – in our reflections, inquiries and researches, reducing them to a mere schedule home-work-hospital or other place. If we are embedded in our time, is also true that we are embedded in a different time, the cosmic one. Yet we miss a cosmology: or better, we miss our cosmic time – where “cosmic” means harmonious, beautiful, cyclical.

We are still talking about Time. We have already analyzed the linear time (Chronos), the time-opportunity (Kairos), the eternal time (Aion), but we have not yet considered the circular time of the Hours (Orai): the seasons, phasing the cyclical rhythm of nature, the “eternal return”[1] – spring, summer, autumn, winter, and spring again. Time is cyclical not only for ancient Greeks, but also for oriental philosophies: Japanese poems, the haiku, are based on the seasonal rhythm. And rhythm itself, in its etymology, indicates the flowing: Panta rei, “Everything flows”, as Heraclitus stated. Everything flows, like Hours. Nature has its precise laws: the Earth is in aphelion, far from the Sun in summer, and in perihelion, near the Sun in winter, and – except some little realignments of the terrestrial axis or a catastrophic meteorite that destroyed dinosaurs – we have many statistical probabilities that the sun will rise tomorrow[2], so we can serenely sleep.

Since childhood, we realize that something happens in nature and that yes, the sun will rise the day after, but in some seasons we have more hours of light, while in others night and cold rage… We wait for spring, through the memory of our childhood, the metabolism of our cells, or maybe for the collective subconscious[3].

So we strike the linear time, Chronos, that despot who inexorably proceeds during years: we may be thirty, fifty, or seventy years old, yet springtime comes back for our planet and for our body. A miraculous marvel. Here, in the cyclical time, the flowing rhythm triumphs, and we become immanently living in Nature: Jung was right, when he wondered on the birth of malaise in civilization. He situated it precisely in the loss of contact with seasons, agriculture, with the summer harvest, the autumn seeding, the winter wait, and the spring renaissance. Primo vere: Latins called this season the first version, the first twisting. In ancient Greek mythology, it was the first and the last of the Hours: Thallo, the blooming spring, Auxo, the summer luxuriance, and Carpo, the autumn harvest of fruits. The winter cold was not associated to a woman, but to the male Cheimon, that means winter, bitter cold, snow: he was not a goddess, but – in a certain sense – the fall from goddess. The Hours were the young sisters of the three Moirai, women producing the warp of the cord of the linear time: they formed the strings, and they cut them at the end of life, and they were daughters of Zeus and Themis, the universal order. If the Moirai sign the rule of individually being born, growing, living and dying, the Hours bring the cosmic time, the cyclical laws always involving a new renaissance. It is the same tree regrowing, and teaching us that in the vegetal realm the cyclical time is sovereign, as for mammals in their different seasons of loves and reproduction.

According to more ancient civilizations, seasons were eight. If we reflect on the days we celebrate, we realized that they are linked to the astronomical movements of our planet: two solstices, two equinoxes, seasonal interludes. The human being understood the variations of time we may define climate – from klima, that is the inclination of the terrestrial axis – and he conveyed them in the mood. The eight seasons were of help in celebrating the moments linked to Gaea, the Earth, embedded in the universe and its constant mutations.

What is left to us of this movement, in the bio-psycho-social model? Today no curiosity is permitted, linked to how we live seasons – on the contrary, we relegate this part, more ancestral and however always intrinsic to us, in the art exposed in museums, for which we pay the ticket, as if it were a luxury to reflect on nature. But we are Nature, and our cycle gives sense to life also at its end: the arrival of a new spring is its aim and a little, partial renaissance.

Not only we are not allowed to feel our periodicity, but we have medicalized our mood alternation with the weather, in the seasons we are more tired and dull. The seasonal affective disorder has become a pathology inserted in the DSM of psychiatric disorders. If we read the definition of the winter one, it is a disorder characterized by “depression, lack of energies, sleepiness, weight gain, desire of carbohydrates”[4]. It is prevalent in late autumn and in winter. According to the criteria of Western society, based on efficiency, this disorder must be treated with antidepressant drugs. If we examine what mammals do during this season, it is nearly similar to what is described as pathological in the DSM: but it is ordinarily physiological – that is, natural. Depression is nothing but willingness of closure, the search for a warm nest, the alcove: sleepiness slows down metabolism, and so favors survival, as walnuts and acorns are full of calories to resist the winter cold. The bio-psycho-social model does not permit hibernation. And in these modern times, à la Chaplin even if Internet replaced the old production line, is not contemplated the “sabbatical” winter period, the listening to our body that wants to conquest another spring.

The Hours teach us we can insert this seasonal music in the other three times. And so, we construct a four-dimensions time: the eternal one, the instant one, that one that flows without return, and the one of the eternal return.

Botticelli encloses his Venus’ nakedness with a veil covered by flowers brought by the Spring Hour. And in his Spring, Botticelli does not paint a sensual and charming Venus, but a pregnant woman. Harmoniously, it happened what had to: the spring comes back with its Natura Naturans, an alchemical transformation where we pass from autumn and winter nigredo to a colored rainbow. Spring arrives generous, summer bears fruits, while winter is a period of retention and avarice of earth.

There is another myth illustrating the alternation of the seasonal cycle: that one of Persephone, who in the six months she lives with the harvest goddess Demeter generates spring and summer, while in the six months she lives with her husband Hades, the god-king of the underworld, there are autumns and winters without harvests. And we learn to be wise and patient also from the alternation of clear and gray sky: to pass the difficulties of disease, and other traumas life brings us, seasons teach us the art of patience.

Narrating disease and illness means having the possibility to rejoin the cosmic time, the more ancestral, and giving again this cycle dignity and the necessary space: not for a matter of justice, but because rejoining our roots brings us to a blooming awareness. Maybe it distances us from materiality and totems, but it puts us in contact with a Zen spirituality. Japaneses not only stroll under blooming cherry-trees, but they contemplate petals in the wind. In the film of Kitano Hana Bi[5], the policeman’s wife living with cancer at end-stage asks her husband to bring her there: to see cherry-trees blooming, to assist to a pink renaissance, and to the estrangement, before the awareness of death. The cosmic order is natural law: alienation means being not able to feel the universe and the body embedded in the world.

If we want to enlarge the horizon from the bio-psycho-social model, let’s begin to give it again the cosmic and natural sense not allowed by our Western civilization, more and more standardized in places and in the continuous and identical in seasons productive necessity.