Digital or Not-Digital? Some reflections about writing and Narrative Medicine 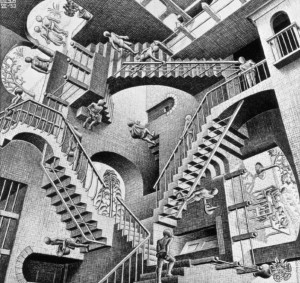 This contribution doesn’t want to represent a “solution” to the debate on digital health technologies: on the contrary, it wants to be an attempt to problematize the context in which these technologies insert, together with Narrative Medicine and Medical Humanities. So, there are not claims of completeness, or of indication of a “royal road”: at the centre of this dialogue, we try to make the effort of give us tools – theoretical and practical – of inquiry, to attempt to understand the inevitable ambiguity residing in the interstices of these technologies.

De facto, biomedical discourse, practices and techniques have been subjected to change, very fast compared with the previous centuries: information technologies brought an undeniable “revolution” in the care and public health management, in preventive medicine. Evidencing factors of change, yet, is not enough – whether we propose digital health technologies as the only achievable horizon, or we demonize them. On the contrary, bearing in mind deviations and continuities – definitively: ambivalences – of the context where we are, could be a good starting point to attempt a cartography of the present: we are at the centre of the intersection of multiple stories.

As Rose and Novas point out [1], contemporary biomedical space was not shaped by a single event: if the recreation of medical perception and practice was realized through the interconnections between changes happened on several plans, the emerging of biological citizenship phenomenon is strictly connected with a new codification of obligations, rights, and expectations of people compared to their illness condition (and to their own life), and with a reorganization of relationships with biomedical authorities and modalities in which people relate to the self. In the biomedical context, has changed not only our relationship with health and disease, but also what we think to have the right to hope, or to require. Only in part biology is accepted as a destiny [2]: “not knowing”, resignation – in the current moral economy – are more and more disapproved behaviours.

Towards the middle of XX century, health has become an ethical value [3]. Encouraged to be concerned in their own health, “activated” by citizenship cultures, many refused to remain “mere” patients: to the point that a good part of sociological and humanistic literature tends to talk about patient consumerism [4], to indicate the effort of the “biological citizen” [5] to take again the capability to investigate his or her own body and illness condition.

Biological citizen has this peculiarity too: he (or she) doesn’t search for a community according to life style, political thinking, social, ethnical or gender identity, on the contrary he (or she) pinpoints as common element with other people the everyday experience of disease, pain, disability. Biological citizen identity implies, de facto, a rethinking of the body and – at the same time – a new way of socializing it. In this sense, the act of writing, for many patients, represents a necessary step in the construction of the self-knowledge and of their own disease condition. In the blog, forum and social network case, writing becomes a more complex codification: it presumes an addressee (or multiple addressees), and an interaction that could be, at the same time, a restriction to the free expression of the self and a further opportunity of interaction.

On-line associations, forums by people who are facing the same disease condition, are some of the several forms digital writing could acquire: the central point is represented by the want of answering to needs expressed by patients (first of all, sharing the illness experience), e by the necessity of creating a community that could be a place where not only to “pour out”, but also to be understood.

As pointed out by a research conducted by Health Area team from ISTUD Foundation about the blog and forum use by people affected by Multiple Sclerosis [6], the monitoring and the study of these technologies allowed the emergence of an interpretation to understand feelings, desires, fears, problems of disease experience. Blogs and forums, in primis, are information tools: on-line forum becomes a virtual space where people who share a common experience – that one of disease – exchange information, confront about different expectations and interests, about everyday pain. We can affirm that forum retake the etymological value of agora concept, through an aggregative function, and as space of discussion of biological citizens community problems: we can find identification and mutual legitimation, everyday coexistence strategies with disease and pain and – in some cases – with solitude too, emotional support, backing, in an economy of hope [7] in which narrative and disease phases are strictly linked. Web, therefore, is a strong aggregation and peer to peer advice tool, through which associative dynamics are activated: for many, it seems an ideal space to share emotions, and to open themselves to the world, in a condition that, instead, could bring them to isolation [8].

For these reasons, digital writing practice seems in contrast with that one of manual writing: if we can point out the intention of connection – immediate, and almost without limits – and of openness of the digital writing, manual writing risk to be overshadowed, if not (de facto) abandoned. One of the question we could make is if it would be really unimportant maintain the habit to write by hand.

Studies afferent to Neurosciences [9] evidenced how these two different writing models could influence on brain activity. For example, writing by hand has deep (and positive) consequences on learning and on reprocessing and reflection capabilities. It’s true, hand writing is slower, sometimes less immediate, and we can’t note down everything. However, taking note by hand forces the brain to work more deeply, and more efficiently: concentration and reprocessing change on a quality level. Mueller and Oppenheimer point out that technology can offer innovative and more and more useful tools to communicate, with huge capabilities of dynamism and openness: but one can also argue, on neuro-scientific evidences, that less time does not mean a simpler learning – on the contrary, learning and comprehending remain deeper activities.

And this could be valid also for the reflection that the person makes, facing an illness or disability condition. In this sense, manual writing could help to rethink ourselves in a more intimate, more introspective way.

Narrative Medicine is a therapeutic tool which allow to get back the value of the patient as “person” affected by a disease or by a chronic condition that has modified the life course. Patients, through narratives of their individual and collective stories, experience the opportunity of deep reprocessing and transformation: using narrative potential, they learn how to narrate themselves, until develop a more mature awareness of themselves and of their clinical story.

Surely, digital health technologies continue to give new possibilities and opportunities not only to who works in Narrative Medicine field, but also to patients and caregivers. However, the temptation to “side” with digital or manual writing could be a methodological error.

These two writing models have different purposes, and open different sceneries, with tangible variances of openness and introspection. Both could reflect necessities that are diverse, but present – at the same time – in the subject/object of our practice: the person, his (or her) social and care relationships in a disease condition.

In the recognizing the co-presence and the legitimacy of these two narrative incentives, the “multiple stories” that compose individual and collective reality, could be another interpretation of the debate between digital and manual writing.

[5] Rabinow P., 1996, Artificiality and Enlightenment: from sociology to biosociality, in Id., Essays on the anthropology of reason.

[9] Mueller P.A., Oppenheimer D.M., 2014, The pen is mightier than the keyboard. Advantages of longhand over laptop note taking.

Hereunder you can find some articles about Digital and Manual Writing: