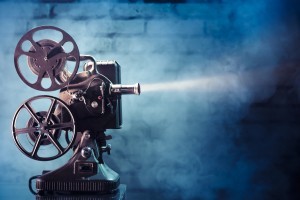 Cinematherapy is the vision of film as therapy: a practice that, from a psychological point of view, creates a “pause effect” for who is facing a condition of disease, helping to reduce pain perception and creating a well-being state visible at a neurological level.

Cinematherapy is already know and practiced abroad: in the US, but also in the UK, where MediCinema Association made possible the construction of seven cinemas in several hospitals, dedicated to patients and their familiars. Among the structures in which MediCinema works, we mention the Royal Hospital for Sick Children (Glasgow), the Royal Victoria Infirmary (Newcastle), the Serennu Children’s Centre (Newport), the Rehabilitation Centre of Headly Court.

MediCinema Italia, association based in Rome, was born looking at the UK experience: after the launch two projects, one at the Niguarda Hospital and the other one at the Humanitas Clinical Institute (Milano), MediCinema Italia arrives at the Policlinico Gemelli Hospital (Rome), where an experimental project will start with the aim to measure cinematherapy’s effects in the care path and in the approach to the disease.

Source: Care going to the cinema: a cinema for patients at Gemelli Hospital (in italian).