We host an extract of the essay developed by Marianna Davidde, participant of the XVI edition of the Scientists in Business Master, organized by ISTUD Foundation. To see the entire document consult the link at the bottom of the article. 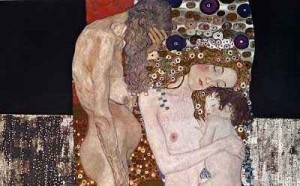 Always more frequently we hear talking about “active ageing”, but what is the real meaning of this term and when starts the necessity of confer this adjective to a natural and inevitable process like the ageing?

According to a definition of the World Health Organization, active ageing it’s “a process of optimisation of the opportunities related to health, participation and safety, with the purpose of increase life’s quality of old people”.

However we are sure that the only purpose is improve the lifestyle of old people?

Active aging in certainly an “optimisation process” but not only for old people.

“We are facing the biggest demographic change that ever occurred in history. Global ageing of population will involve social and economic demands that we will have to respond. Maintain active the population it’s therefore a need, not a luxury” (WHO – World Health Organization).

In front of the ageing of population, the WHO has organized a strategic plan, the Active Ageing, with the purpose of creating the conditions for an “active ageing”, much earlier of the third age. “Health, Participation and Safety of old people” are the three cornerstones of Active Ageing. The purpose is to substitute the old politics that consider old people like passive subjects, with politics that recognise to everyone the right and the responsibility of having an active role and participate at the community’s life in any phase of life, included the third age.

Basically they want give to collective imagination a more positive vision about ageing, abandon the idea of the sick old man, alone and depressed in favour of an proactive old man and that take part actively to social life.

The promotion of active ageing isn’t a recent idea: the “First international action plan about ageing” was arranged by ONU in Vienna in the 1982. The 1999 was declared “International year of aged” and the 2012 “European yeas of active ageing and intergenerational solidarity”.

This index measure the possibilities of old people to realize themselves in terms of autonomy, occupation, social and cultural occupation. The markers utilised are: the occupation rate, the execution of voluntary works, the political participation, the physical exercise, the access to health services and the economic security. Other markers considered are strictly related to the external environment and so: life expectancy, psychological wellness, the use of technologies. According to this index Italy is in 15th position on 27 European countries.

Complicit of aged Italian people activities it’s certainly the economic crisis that Italy is living, with all the consequences that it determine.

If only few years ago our aged people was just full-time grandfathers, today always more frequently we meet aged people with the 24hours forced to work until the third age to support the unlucky generation of their sons. All this marks contribute to their active ageing.

However the politics on active ageing in Italy are basically two: the gradual transition to the retirement and the extension of working life.

The gradual transition to the retirement consist in a gradual reduction of the working time to make less traumatic the gap between the working status and the pensioned one. However in 2012 only the 3,5% of workers between 55 and 69 year old utilized this option.

On the other side, the extension of working activities foresee to incentivize pensioned people to remain active in the labour market. Also in this case this kind of politic it’s applied only for some classes like freelance professional.

The recent retirement reform prove how aged people are considered a resource for the labour world.

It’s also true that the extension of working life should be accompanied by the creation of conditions that make this target workable.

Distracted by reforms and by the optimisation of the use of “young-aged” like resources for society, we risk to lose the point of view of what is the real meaning of the word “aged”.

OMS talk about active ageing and in good health, “a process of optimisation of the opportunities related to well-being, participation and safety, with the purpose of increase quality of old people life”. Then it’s a process that concern the entire life cycle and it’s influenced by different markers. The same European Union suggest four principal area where operate:

Multiple are the ways through it’s possible promote the social participation of aged:

Various are the examples of voluntary works, like the network Seven (Senior European Volunteers Exchange Network), an European network composed by 29 organisations that promote a continue learning and voluntary work between aged people.

It’s very interesting the institution, by the Venetian region, of the civil service for aged people that consider their involvement in the public administration’s work through activities like:

Moreover, new technologies allow an amplification of the development of social networks. An example it’s given by the project Go-my life that aim at increase life’s qualities of aged people through social networks and mobile communication systems.

With the purpose of promote the maintenance of well-being and autonomy, it’s now promoting the diffusion of solutions that utilise technology (telemedicine, devices for the assisted living, etc.), specific actions of health promotion and support actions.

The ICT for health project aim at the diffusion of technological instruments that make possible manage chronic diseases and that help patients to take care of their well-being, determining also a significant saving for the health sector.

In the end many projects are pointed to a promotion of healthy life-styles (nutrition, physical activites, etc.) or to a prevention of problems that pertain to this age group.

Active ageing, by Marianna Davidde (active agein in history and in narrative medicine)

Zygmunt Bauman, Why we are all scared. Repubblica.it

Graduated in Literature at the University of Eastern Piedmont, he's now studying anthropological and ethnological science at the University of Milano-Bicocca. Journalist and writer, he collaborated with many local newspapers and in the 2015 he published his first book "Qui non arriva la pioggia". In the 2017 published "Il peccato armeno, ovvero la binarietà del male".