A conversation about Narrative Medicine with Prof. Silvio Garattini 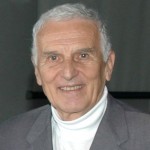 We present an interesting dialogue between Prof. Silvio Garattini and Maria Giulia Marini, director of the Healthcare and Well-being area of ISTUD Foundation. Prof. Garattini, he’s a chemical expert, a medical doctor, an academic of Chemotherapy and Pharmacology. Founder in 1963 and director of the “Mario Negri” Institute for Pharmacological Research. Author of hundred of scientific works published in national and internation journals. Part of the Group 2003 and founder of the European Organization for Research on Treatment of Cancer.

“Narrative Medicine doesn’t have a good reputation”, these are some of the first words said by Prof. Silvio Garattini, a man of science and of “evidence”.

“You’re right professor”, I reply, “unfortunately too many narrative medicines corrupted by the fantastic literature are there: but  World Health Organization itself wrote Narrative research  “policies” (Cultural Contexts of Health: The Use of Narrative Research in the Health Sector) in the September of 2017, trying to make clear about how to carry out  good quality narrative researches to improve healthcare. This policies tell  about the source of the narratives, the calculation of the sample size, and about  the interpretations of the patient’s stories. As first: the sources of narrative must be patients and caregivers, not the literary genre. It isn’t Narrative in Medicine or Narratives in Medicine, but narratives collected  in the clinical practice. As second: when it’s possible, we have to try to make a calculation of the sample size that contemplates the epidemiological factors. As third: – a blind lecture of narratives, to limit as much as possible the interference of the reader in the interpretation of narratives must be present, if possible – and in my opinion this is not enough highlighted in the guide lines of WHO.”.

“I totally agree with the first point – the Professor replies – we have to distinguish between what is literature and what is  the real patient’s narratives; about the second point, the sample size calculation, I want to invite you  to think about the idea of giving the voice to all the possible kind of patients, considering age, earnings, social, professional and cultural factors. We know that usually the most “active” patients adhere more gladly to those surveys, for example those belongings   into associations, the most privileged, cultured, and maybe the richest. Therefore we have to apply a careful segmentation of “sick” people, if we want to pick up a really representative sample, divided by age, earnings, gender, ethnicity. Only in this way will be possible obtain a collection of patient’s narrations useful for planning, an egalitarian and universal health care system”.

“Yes, indeed- I reply, sometimes we are able to obtain adequate information representing people who  live with a disease, sometimes no, unfortunately because we work with observation and transversal studies,   not sufficiently perspective and longitudinal”.

Then Garattini says: “If there was a bigger effort in the hypothetical formulation a priori of how many patients are needed  to be listened according to  the different social-demographic factors and to the seriousness of the disease, we would be already on a better road. The problem of the interpretation of narratives remains. If, for example we collect narratives with directs interviews, we could have an interviewer with a scientific culture, another with legal skills, a third with literary culture: it would be nice to see how the same story it’s narrated and interpreted in different ways depending on the person and his/her background  in front of us. This could be an interesting study”.

At this point I felt  called to actions  and I hang  to our “allied science” that we discovered, linguistic, that not only could minimize the interpretative misunderstandings, but also help us in the interpretation of narratives, reducing the biases of individual words. “Professor, we usually collect narratives through a written illness script, to avoid also the biases  of e the not-verbal and para-verbal language (gesture, tone of the voice), and if it’s also oral, we pay much attention to the words that we use. We found out a possible solution utilising the Natural Semantic Metalanguage: 65 universal atoms of meaning, belonging to all the languages of the world (The Natural Semantic Metalanguage , Cliff Goddard, The Oxford Handbook of Linguistic Analysis, 2009) – almost – that people cannot  misunderstand… I give to you an example. We collected narratives from patients with colon tumour who had a surgical intervention for the creation of a stoma in Italy and Australia: we put some starting micro prompts using those words, letting a free answer: “Which people you want at your side”. Are these all universal semantics, evocative and not influencing words. The results was extraordinarily different: 80% of Italian people want relatives, while 80% of Australian want healthcare professionals or rather being alone. It’s clear that in the planning of interventions in Italy, we can deduce that we should take care not only of the patient but of the global  family in the managing of the patient with the stoma, in Australia, instead, we have to sustain healthcare professionals, the enterostomy professional and mainly the patient. All things that we have highlighted through an written instrument with those universal words, those semantic atoms.

Here we can see an effort in the research of tools less influencing as possible for an high quality research: keeping on in working in this way, we can obtain “evidence” also from the  narratives. Therefore,  Evidence Based Medicine and Narrative Medicine in this way, could reciprocally get richer if used with seriousness and methodological strictness.” – confirm the Professor. I talk to him of a study where through the rating scale of the pain measurement  it was not  possible to dose the therapy: as soon as the stories, clinical and of daily life, of the patients were listened, physicians were able to adjust the dosage efficaciously. The integration of metric instruments with patients’ narrations are now into the healthcare Directions in the quality protocol of certain  healthcare institution, at least  in the measurement of pain”.

However  the linguistic it’s the most interesting theme of our conversation. Last reflections address  to the language that is used in the clinical studies: “Only apparently, Professor, it seems a neutral didactic pedagogic, style, but if we well observe it, we see that there are words as Group A vs. Group B, survivors, failures, enrolled” – and he adds “recruited, interesting theme, you could come and talk about it to our researchers”, “Yes, it’s my pleasure: as we can see,  scientific literature leans also on an epic military style. The clinical trial, the clinical study had a language that leans on competition and not on cooperation”, “Sure – reply Garattini – the enemy to fight is the disease, this is why there is the need to build the therapeutic alliance. We have to be careful about the way   we talk, very careful: words could be medicines”. “I agree with that, words could be medicines but unfortunately also poisons”.

And I think about the ancient meaning of the Greek word pharmacon that means both medicine, remedy, but also poison. Garattini adds as final remark: “The biggest poison it’s to take away the hope from a patient. Never take away hope”.

I came out from that conversation enriched, with the great hope given to me by Prof. Garattini: that it’s possible to perform  a serious narrative medicine, that produce evidence certainly subjected to scientific confutations, like any research. And the lightness  in keeping away from this approach beautiful poetries and novels and films that talks about the disease: for us this isn’t narrative medicine, not in our meaning  where we desire that narrative medicine is a real   a tool to improve the health care services of the entire world.